This section deals with the gravestones and memorials that were designed by Archibald Knox, or were executed in the style of Knox.

There is some controversy over which graves were designed by Knox because some designs have been challenged by Miss Annie Knox (niece) and Tim Quayle (grandson of Thomas) as not by Knox. The Manx Museum has a 1964 collection of photographs, some with annotation attributed to Annie Knox or Tim Quayle – the deterioration of some of the gravestones since they were created is quite marked.

Yvonne Cresswell of Manx National Heritage describes Knox’s work and life as an enigma. in that his underlying inspiration and motivation remain elusive. Unique amongst artists and designers Knox designed many memorial stones, nearly all on the Isle of Man and all inspired by, though seldom copies of, the Manx carved cross slabs and especially of the interlaced patterns found on many. Knox was also an Anglo-Catholic and some of this comes across, especially in his use of the ‘sacred heart’ motif for many of the ‘O’s in the lettering – it has been remarked that the lower the churchmanship of those memorialised the more hearts Knox gave them ! It is interesting that apart from that for uncle John Knox he produced no designs for any close members of his family.

Most of the memorials are in Douglas, either at Braddan New cemetery or in the Borough cemetery; they are generally easy to identify being very distinctive both in design and lettering. However, though the Island is free from industrial pollution, the wind and rain of some 80 to 125 years has left some of the stones in less than pristine condition.

Knox worked mainly (but not exclusively) with Thomas Quayle, stone mason and sculptor, and his stonemason’s company. (Quayle’s son and grandson were all stonemasons). Knox’s first memorial was for the daughter of Thomas Quayle and was apparently sculpted by Thomas Quayle himself, who left the various panels for members of the family.

The Archibald Knox Forum has approached the conservator at the Manx Museum to see what, if anything, can be done to protect these wonderful creations as some of them are in a sorry state of repair. This is a big undertaking and work has started on providing a report. The results of the research by the conservator, and any remedial action recommended will be made known on the website in due course.

The rest of this category will show the gravestones, by cemetery, and the memorials and plaques will be shown, and written about, individually.

Eventually each cemetery will have a write up trying to find out, as much as possible, the stories of the people buried in the graves.

The same will also be carried out for the war memorials and plaques designed by Archibald Knox.

All 20 /Commemorative Gravestones and Plaques 20 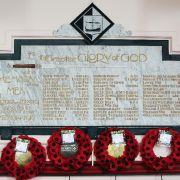 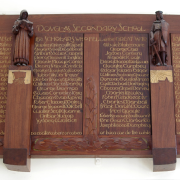 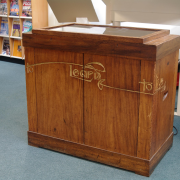 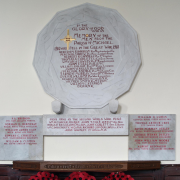 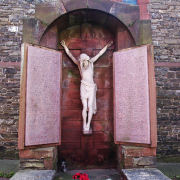 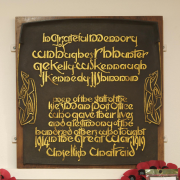 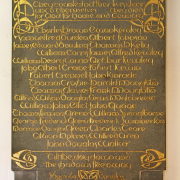 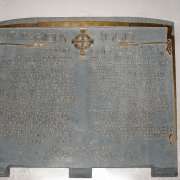 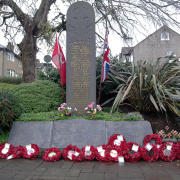 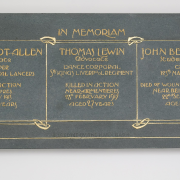 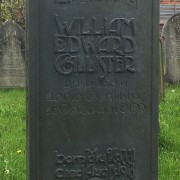 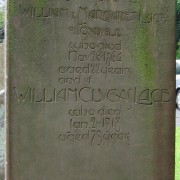 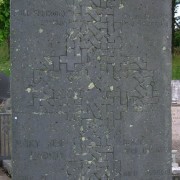 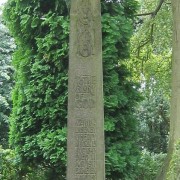 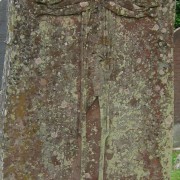 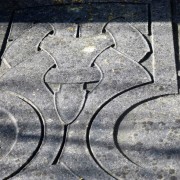 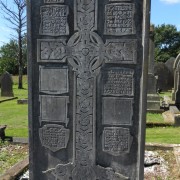